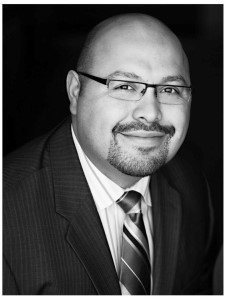 Goleta City Manager Michelle Greene said, “Jaime brings a considerable skillset to the role. In addition to his extensive knowledge of City operations, he also has an expertise and focus on parks, recreation, homeless programs, emergency preparedness, grantmaking programs, and the Community Development Block Grant (CDBG) program. I am very excited to work with Jaime in this new role and know he will do an excellent job helping to shape our City’s future.”

Jaime Valdez said, “I am extremely appreciative of this wonderful opportunity to serve the City in this official capacity. I am very excited about the future and look forward to continuing to lead our brilliant Neighborhood Services Department.”

Jaime, who is bilingual, was first hired as a Management Analyst for the City in 2007 and the following year was promoted to Senior Management Analyst. In 2012 he was selected to be the City’s Economic Development Coordinator where he served for six years before being promoted to Senior Project Manager and eventually to a Principal Project Manager in the Neighborhood Services Department. While Jaime has worked on a number of projects during his career, some of the most notable include the acquisition of City Hall and two ongoing major capital improvement projects, the Goleta Train Depot and Fire Station 10.

Jaime is a Goleta resident. He grew up in the area and attended Kellogg Elementary School, Goleta Valley Junior High School, and is a proud graduate of Dos Pueblos High School. He went on to graduate from UC Berkeley and work in the Bay Area until attending and graduating from Harvard’s Kennedy School of Government. Following graduate school, he returned to the area and has been here since 2006.

Thank you, Jaime, for all you have done and will do for Goleta as our Neighborhood Services Director.