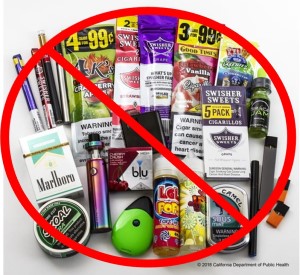 Starting in December of this year, the City of Goleta will no longer allow the sales of flavored tobacco products within City limits. After hearing several hours of public comment on both sides of the issue during the City Council meeting on September 21, 2021, the Goleta City Council voted 4 to 1 in favor of an ordinance that will ban the sale of flavored tobacco in each of its 32 licensed tobacco retail locations. A second reading was held at the October 5, 2021, City Council meeting and the ordinance was adopted. Goleta is the latest in a number of neighboring jurisdictions to take this action including the County of Santa Barbara and the cities of Carpinteria, Santa Maria and Guadalupe.

City of Goleta Mayor Paula Perotte said, “We have taken this action to protect the health and safety of our vulnerable youth. Testimony from countless parents, teachers and medical professionals convinced us that this action is both justified and necessary.”

Joining over 100 other cities and counties that have adopted a similar ban, the local ban is independent of SB 793, which is a state-wide ban that was passed by the California Legislature in August 2020 but must be voted on by the public to go into effect; it will be on the November 2022 ballot. In the meantime, local entities must pass their own bans if they want flavored tobacco to not be sold within their jurisdiction.