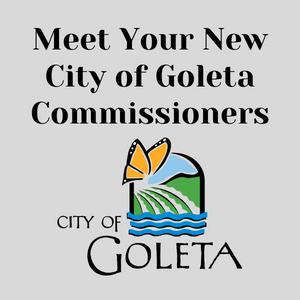 Our Commissioners bring a unique set of talents, interests, and experience to their positions. We appreciate their willingness to step up and take an active role in their community. 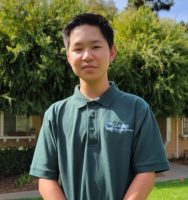 Kyle Yao was appointed as the Youth Commissioner for the Public Engagement Commission. He has always been interested in how our government functions and is excited to be a part of it and see how his ideas can impact the City. Kyle is a Junior attending Dos Pueblos High School, a Dos Pueblos Engineering Academy (DPEA) student, and member of the DPEA leadership team, as well as a player on the school golf team. He volunteers at Santa Barbara Cottage Hospital and is a Co-coach of a youth First Lego League robotics team. In February of 2020, Kyle graduated from the second LEAD academy, gaining valuable insights on the inner workings of our city. While not a native Goletian, Kyle has lived here for the past six years and enjoys the many natural resources Goleta offers. Prior to settling here, Kyle would often visit with his family to spend time at the Goleta Pier and go fishing, which to this day, has been a diehard passion of his. 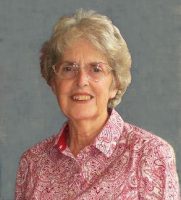 Barbara Massey was reappointed to the Public Engagement Commission. She is looking forward to working on the boundaries for district elections and has worked on city-related issues since Goleta was incorporated to help retain it’s friendly, small-town quality. Barbara was previously on the Design Review Board, and an original member of both the Public Tree Advisory Commission and Public Engagement Commission. Through those various roles, she actively participated in the City’s General Plan, New Zoning Ordinance and Urban Forest Management Plan. 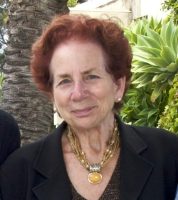 Beth Schneider, PHD was reappointed to the Public Engagement Commission. She was initially drawn to the Commission for its role in democratic participation and decision-making. Seeing PEC’s recommendations agreed with by the community and put into place has been rewarding. Beth recently retired from 39 years as a Professor of Sociology at UCSB at which she twice served as department chair and for seven years as Associate Dean of Social Sciences. Dr. Schneider brings to the commission more than three decades of extensive knowledge of, and service to, the campus and to the university system on issues of access, engagement, and equity that are crucial to the PEC goals. One such activity was her 13 years as Founding Director of the UCSB McNair Scholars Program at which she worked with low-income, first-generation, U.S. minorities to apply for advanced education with the goal of becoming the next generation of university faculty, leaders in industry, and experts in public policy. Her involvement over the last three decades in civic engagement with a wide cross-section of residents from Goleta and Santa Barbara includes as a board member and Co-Chair of the AIDS Counseling and Assistance Program, on the Parent Council of Open Alternative School, and on the Board of the Santa Barbara Women’s Political Committee, where her focus was on training and assessing candidates for local community boards, commissions, and political office. 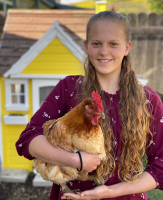 Sarah Dent was appointed as the Student Commissioner on the Parks and Recreation Commission. She believes in the power of local government to improve the quality of life for its citizens and wants to focus on increased emphasis on sustainability in public park projects. A senior at Dos Pueblos High School, she is the Assistant Editor-in-Chief of the Image Yearbook and runs on the varsity Cross Country team. Sarah is also the president of the Santa Barbara Organization of Reform Temple Youth (SBORTY) and was the American Legion’s delegate to the 2021 Girls’ State Session. Previously, she has served as SBORTY’s Social Action Vice President, an intern at Fairview Gardens, and as the National Honor Society Secretary at Dos Pueblos. Sarah is passionate about sustainable food systems and dedicates her free time to caring for her vegetable garden and backyard hens. She hopes to set up a composting system at Dos Pueblos and plans to major in agriculture in college. 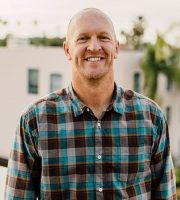 Dave Callanan was appointed to the Library Advisory Commission. He wants to ensure the community recognizes the incredible programs and selfless volunteers that define our libraries, making it a true community hub. Dave grew up a stone’s throw away from the Goleta Valley Library and spent untold hours roaming the stacks for great reads and academic resources. His passion for the printed word blossomed into a Literature degree from Claremont McKenna College and eventually a position as Senior Books Editor for Amazon.com. After returning to Santa Barbara in 2012, his frequent searches for thrillers, biographies, and historical non-fiction are now accompanied by his book-loving kids and patient wife. Dave said, “The Goleta Valley Library was a fundamental part of my childhood and I’m thrilled to join the Advisory Commission to help ensure our library system remains a community mainstay for generations to come.” 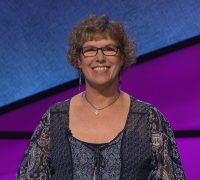 Lori Lander Goodman was reappointed to the Library Advisory Commission. As a Commissioner, one of her priorities is making sure the library meets the diverse needs of the Goleta Valley residents, with engaging resources and programming, especially for children and families. Lori has more than twenty-five years’ experience strengthening nonprofits in communities across the United States, from Cincinnati to San Francisco and New York. Lori has worked to bring mission-driven fundraising and strategic planning to the forefront of the organizations she has served. Lori became the Executive Director of Isla Vista Youth Projects in January 2018, having previously served as the Chief Development Officer at CALM. She currently serves as the Chair of the Courage to Lead Alumni Community, Chair of the Goleta Library Commission, member of Executive Committee of Kids Network, and member of the Resilient Santa Barbara County Steering Committee. Lori earned her BA in Women’s Studies from UC Santa Cruz, her MSW at the University of Southern California, and a Master’s in Nonprofit Management from Hebrew Union College. In 2018, Lori became a Jeopardy! champion. 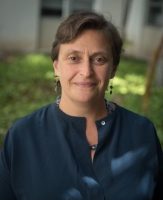 Jane Gray was appointed to the Santa Barbara County Library Advisory Commission as a representative of the City of Goleta, after previously serving on the City’s Library Advisory Commission. She is a proponent of greater literacy and access to reading, library amenities and community participation. She believes in the importance of having a safe place for children and others to spend time and enrich themselves. Jane is a 17-year resident of Santa Barbara County. She is a practicing Regional Planner and Project Manager with a Master’s Degree in Regional Planning and Management and a Bachelor’s Degree in Social Work. She has lived in both Europe and Africa, and her educational and professional experiences include refugee resettlement program development, teaching English as a Second Language, water and land use planning, and grant writing. In addition to previously serving on the City of Goleta’s Library Advisory Commission, she is also the Vice Chair of the Central Coast Regional Water Quality Control Board.

Thank you to everyone for helping to serve your community. Learn more here about the City’s various Boards and Commissions, or contact CityClerkGroup@cityofgoleta.org.