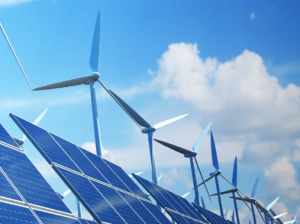 Beginning in October 2021, Central Coast Community Energy (3CE) will be sourcing electricity from clean and renewable sources on behalf of all electricity customers in the City of Goleta, as well as the communities of Carpinteria and unincorporated Southern Santa Barbara County. Some communities will be enrolling as soon as January 2021.  Even though enrollment is still a year away for Goleta, we want to take time out to help educate community members about what to expect.  See frequently asked questions below and a link to a 3CE Survey in English and Spanish to provide your feedback.

Who is Central Coast Community Energy?

Central Coast Community Energy (3CE) is a community-owned public agency that sources competitively priced electricity from clean and renewable energy resources. 3CE is locally controlled and governed by board members who represent each community served by the agency. 3CE serves more than 400,000 customers throughout the Central Coast, including residential, commercial and agricultural customers in communities located within Monterey, San Benito, San Luis Obispo, Santa Barbara and Santa Cruz counties.

What is Community Choice Aggregation (CCA)?

Community Choice Aggregation (CCA) was established in 2002 through the California Assembly as an opportunity to give residents and businesses an ability to purchase electricity from local government agencies, and gives local governments the authority to manage energy resources on behalf of their communities and customers. CCAs provide many environmental, social, and economic benefits to California communities. Central to the concept of CCA is local choice. It gives the communities themselves the power to make choices about energy resource portfolios and investments, both within and from outside their local service area. It also empowers communities to reinvest locally with programs that address economic, social, and environmental goals.

How did the City of Goleta decide to participate in 3CE?

The City of Goleta went through a comprehensive and public process to evaluate 3CE (formerly Monterey Bay Community Power) as an opportunity to provide choice, local control, competitive rates and access to community reinvestment for our residents and businesses.  The City of Goleta passed the required resolution and conducted two readings of the ordinance in accordance with California Public Utilities Code Section 366.2 to request membership in 3CE as well as codify the City’s participation in the Community Choice Aggregation (CCA) program.

What does this mean for you?

Revenue generated by 3CE stays local and helps keep electricity rates affordable for customers, while also funding innovative energy programs designed to lower greenhouse gas emissions and stimulate economic development. That means some of the money you spend on electricity bills will come back to you in the form of economic and environmental benefits for your home or business – and for your own community. Joining 3CE also allows the City of Goleta to support the City Council adopted 100% renewable energy goal by 2030 outlined in the Strategic Energy Plan.

How does it work?

Central Coast Community Energy replaces your utility’s (SCE) role in deciding how and where your electricity is generated. SCE will continue delivering electricity and maintaining electric infrastructure along with billing. Customers still receive only one bill which now includes Central Coast Community Energy Electric Generation Charges. Account holders may choose to opt-out of 3CE electric generation service at any time. More information will be provided as the City of Goleta gets closer to enrollment.

Electricity customers have always paid for electric generation, but prior to 3CE service these costs were part of your utility’s Bundled Service charges. Now generation charges are broken out on a separate 3CE page for more transparency.

Central Coast Community Energy would like to get your feedback. Please take the survey in English or Spanish.

We also encourage all community members to join the 3CE e-newsletter and board meeting notification list here.