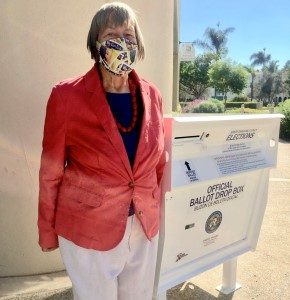 While there are many different perspectives and opinions that have divided our country during the 2020 election, this year marks a special anniversary that all Americans can be proud of.  The year 2020 marks the 100th anniversary of the passage of the 19th Amendment, guaranteeing and protecting women’s constitutional right to vote. The passage marked the largest expansion of democracy in the history of our country. The 19th Amendment was ratified on August 18, 1920, and was added to the Constitution eight days later making the amendment the single largest act of enfranchisement in U.S. History.

According to the Women’s Vote Centennial website, Suffragists began their organized fight for women’s equality in 1848 when they demanded the right to vote during the first women’s rights convention in Seneca Falls, New York. For the next 72 years, women leaders lobbied, marched, picketed, and protested for the right to the ballot. The U.S. House of Representatives finally approved the Susan B. Anthony Amendment, which guaranteed women the right to vote, on May 21, 1919. The U.S. Senate followed two weeks later, and the 19th Amendment went to the states, where it had to be ratified by 3/4ths of the-then-48 states to be added to the Constitution. By a vote of 50-47, Tennessee became the last state needed to ratify the 19th Amendment on August 18, 1920. Secretary of State Bainbridge Colby issued a proclamation declaring the 19th Amendment ratified and part of the US Constitution on August 26, 1920, forever protecting American women’s right to vote.

Today, more than 68 million women vote in elections because of the courageous suffragists who never gave up the fight for equality.