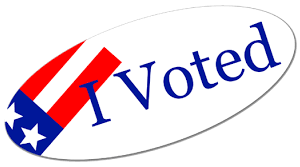 In the November 2018 election, Goleta residents were asked to directly elect a Mayor for the first time, vote for two open City Council seats and decide on two measures: W2018 and Z2018. In case you haven’t heard, we wanted to share the outcome with you.

Goleta residents voted for Paula Perotte to serve as Mayor for a two-year term. Paula has served on the City Council since 2010, and was appointed Mayor by her fellow councilmembers for one-year terms in 2014, 2016 and 2017. She will continue to serve on the City Council alongside Stuart Kasdin and Kyle Richards, who both have two years remaining on their four-year terms. Two councilmember seats were on the ballot, and the two candidates vying for those positions included incumbent Roger Aceves and newcomer James Kyriaco. They were both elected to four-year terms. The new Council will be sworn in at a special Council meeting on December 12.

Goleta residents also voted in favor of Measure W2018, an increase to City Council salaries (64.86% to 35.14%). Current salaries for all five councilmembers, including the Mayor, are $7,020 annually. Beginning later this month, councilmember salaries will increase to an annual amount of $42,134 and the Mayor’s salary to $50,561.

The cannabis business tax, Measure Z2018, also passed. It received an overwhelming amount of support with 81.95% in favor and 18.05% opposed. The passing of this measure puts in place a tax on gross receipts of cannabis businesses. The tax will not exceed 10% and initial rates will range from 1-5% depending on the type of business (ex.: retail, distributor). The cannabis business tax is estimated to raise $334,000 – $1,423,000 for unrestricted general revenue purposes such as street repair, parks and police. Measure Z2018 becomes effective January 2019.