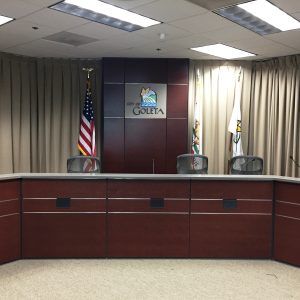 In a first for the City of Goleta, the November 2018 election will include a race for a directly elected Mayor. Since incorporation of the City, the Mayor has been selected by the City Council for a one-year term and has rotated among the Council members. This year, as a result of the passage of Measure C2016 on November 8, 2016, City of Goleta residents will now directly elect a Mayor for a two-year term. Voters will choose between two candidates: Paula Perotte and Michael Bennett.

In addition, two City Council seats were open. The two candidates vying for those seats are Roger Aceves and James Kyriaco. The term for this office is four years.