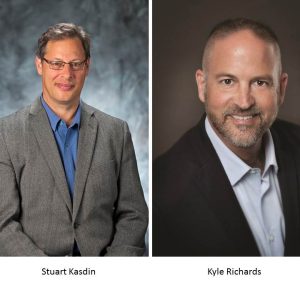 Stuart Kasdin and Kyle Richards are the City of Goleta’s two newest Councilmembers. They received the most votes in November’s election and began their four-year terms this December. They join Roger Aceves, Michael Bennett and Paula Perotte. Councilmember Paula Perotte was selected by the City Council to serve as Mayor from December 2016 – December 2017, and Stuart Kasdin was selected as Mayor Pro Tempore.

In November’s election Goleta residents also decided that they wanted to vote for the Mayor instead of having the City Council decide. The directly-elected Mayor will serve a term of two years. This will take effect in the November 2018 election.