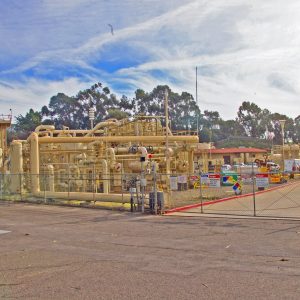 Last year the City Council asked staff to secure an amortization study on the Ellwood Onshore Facility (EOF) operated by Venoco.  A team of oil and gas experts, Baker and O’Brien, was hired to analyze how long the EOF would need to operate before the company recovers an adequate return on its investment in the facility.  The study is now complete and available on the City’s website here.

Although the facility was approved by the County in 1964, the zoning is not consistent with the City’s current zoning and land use designations.  It is operating as a legal, non-conforming use.  The City’s long-term policy goal is to end oil and gas processing in the City.  The courts have held that before a city can terminate a legal non-conforming use like the EOF, it must provide the property owner an opportunity to recover an adequate return on its investment.

Venoco recently filed for reorganization in bankruptcy.  In light of that filing, the City’s options are currently under the jurisdiction of the bankruptcy court.  Any action the City might take with the information in the amortization study is on hold.