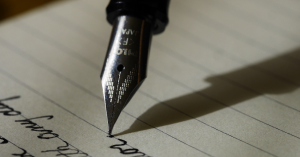 The Regional Stay-at-Home Order for the County of Santa Barbara is triggered when the Southern California Region falls below 15% ICU capacity.  Santa Barbara County is included in the Southern California Region. Other Counties in this region include Imperial, Inyo, Mono, San Luis Obispo, Ventura, Los Angeles, Orange, San Diego, San Bernardino, and Riverside.

However, on December 8, 2020, the Board of Supervisors from San Luis Obispo, Santa Barbara, and Ventura counties issued a letter to state health officials and California Governor Gavin Newsom to request a separate Central Coast Region be created composed of the three counties. The letter requests that the Central Coast Region be allowed to exit the Regional Stay-at-Home Order as a region after three weeks if the ICU capacity in the three counties exceeds 15 percent.

“The letter being sent to state officials is an accurate measure of our regional distinction through both geography and demographics,” stated Gregg Hart, Chair of the Santa Barbara County Board of Supervisors. “We are best positioned to understand the critical needs within our region and have existing partnerships to promote the health and economic well-being of our communities.”

At a Special City Council meeting on December 10, 2020, the Goleta City Council voted to send a letter of support for this effort to Governor Gavin Newsom’s Office as well.

Learn more at https://publichealthsbc.org/feedback-for-creation-of-central-coast-region/ and submit public comment to the County of Santa Barbara at CentralCoastRegionSBC@countyofsb.org.