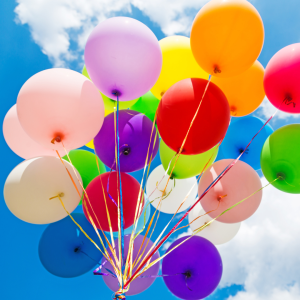 It may seem like released balloons just disappear into the sky, but balloons must always come down to earth, and their impacts to the environment cannot be overstated. According to data from the Ocean Conservancy, balloons are the most common form of floating marine garbage within 200 miles of American shorelines, and they are the third most dangerous debris item, as they are often mistaken for food by wildlife. For example, a rubber balloon in the ocean can look much like a jellyfish to a sea turtle. When ingested, a balloon can block an animal’s digestive track, often resulting in starvation. A 2019 study  found that balloons are a are 32 times more likely to kill seabirds than ingested hard plastics. In addition, balloon ribbons can impact wildlife by entangling animals, resulting in injury or death. Rubber balloons can exist in the environment for about four years before breaking down; however, mylar balloons will outlast us all on earth.

Mylar balloons, also known as metal or foil balloons, also cause power outages and fires when they encounter power lines, posing a direct threat to our community. More than 1,000 power outages each year in Southern California are a result of Mylar balloons colliding with power lines. Preventing these impacts is our responsibility as a community. Goleta is reducing marine debris and litter by regulating balloons, as part of the City’s commitment to environmental stewardship. The City’s new balloon regulations encompass a few areas:

Knowing the impacts of balloons, we have the opportunity to celebrate differently. There are many ways to decorate for celebrations that don’t have such a negative impact on wildlife and the environment. Although rubber/latex balloons are still permitted for sale and use in Goleta, a greener alternative is utilizing reusable vinyl balloons that can be stored and used again. Parties can be decorated with bunting, banners, paperchains, garlands, or paper streamers to make any space festive and colorful. Paper flowers, pinwheels, kites, and bubbles are also excellent options and are popular with kids.

As a City, we’re proud to be taking steps to eliminate plastic waste in our environment by reducing the prevalence of harmful items that can harm our local sea birds, marine mammals, and other wildlife that make the Santa Barbara Channel their home.

The effective date for Goleta’s balloon regulations is June 1, 2023. The City will be working on education and outreach efforts leading up to next summer. Read the full ordinance here. Learn more about the City’s recent plastic reduction policies here.

Images below from Ocean Conservancy 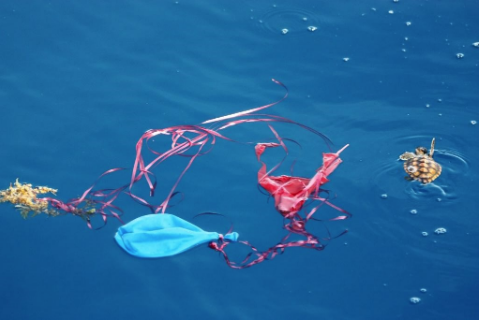