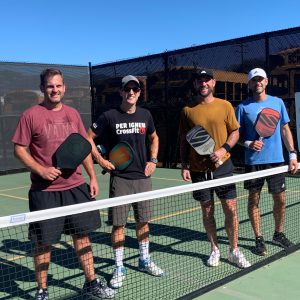 The conversation of whether to renovate existing tennis courts located behind the Goleta Community Center (GCC) into permanent pickleball courts continues. The Council reviewed the renovation proposal and recommendations from the Goleta Parks and Recreation Commission at its January 18, meeting. They also heard testimony from a large number of community members on the topic. The Council asked staff to return to the Council with clarification on access, noise mitigations, and costs associated to play. This item will be brought back to City Council in the near future – stay tuned.

The funding for the project would come from the GVCC, with no cost to the City.

To learn about the current program or the proposed project, please contact the Goleta Valley Community Center staff at 805-967-1237.