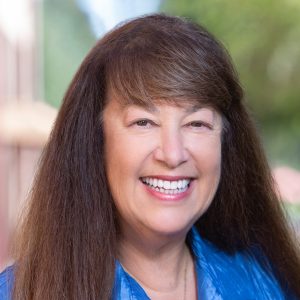 Susan was born and raised in Southern California. After earning a bachelor and master’s degrees in social work, Susan moved to Colorado with her husband, Dan, where they raised two children. Susan has worked in government agencies, non-profit organizations, and the private industry. Her professional focus has been on making meaningful changes in the lives of vulnerable people. For more than twenty years, this was in the fields of child abuse, foster care, and adoption.

In 2007, Susan and her husband moved to Goleta to begin her work with the Santa Barbara County Public Health Department. Susan served as Deputy Director at the Public Health Department through 2018. She then worked as Manager for Executive Education at Stanford University. After years as a full-time leader in health and human services, Susan is now consulting part-time and happily contributing to enrich the local community.

Susan said, “Goleta is a gem. A place where people are not pretentious and generally treat each other with kindness. Most of us choose to live in Goleta based on the environment and the people. I’ve also attributed some of the positive vibes to the size of the community. In Goleta, we know we will likely see each other again and we want to foster friendship.”

We also want to take this opportunity to thank outgoing commissioner Sherri Bliss for her more than four years of service to the Public Engagement Commission.