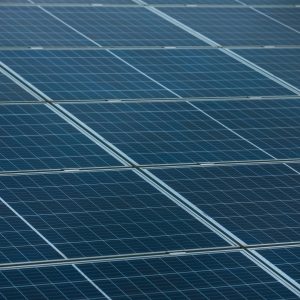 A solar photovoltaic system is coming to Goleta City Hall! On October 19th, the Council approved the project making it the City’s first solar installation for municipal facilities. The decision also marks the beginning of City efforts to expand solar energy proliferation and improve local energy resilience. The 210kW project, financed through a hybrid power purchase agreement, will be microgrid-ready, include carport shade structures fitted with solar panels, and be wired for future installment of EV charging stations.

“This is a real exciting time to be here in Goleta and to see the fruition of so many things that we’ve put in motion, and now they’re finally coming together,” Councilman Kyle Richards said at the meeting. “The photovoltaic array at City Hall is one thing, but we’re also looking at battery storage and a microgrid and EV charging stations, so there’s more to come, but this is such a great step along the way.”

The solar project will be located at the back of City Hall (130 Cremona Drive) near the entrance to City Council chambers and will consist of two rows of photovoltaic shade structures over City Hall parking spaces. While the installation will still be tied to the energy grid, eventually, the City intends to procure battery storage and install a microgrid, which would allow City Hall to continue operations in the event of a power outage without having to fully rely upon the City’s backup diesel generator. In the near future, the City plans to install EV charging stations in the same parking lot that will be available for public use, improving community access to EV charging.

Paired with Goleta’s enrollment in Central Coast Community Energy, this project will significantly assist the City in working towards its 100% renewable energy goal by 2030, and its interim goal of 50% renewable energy goal for municipal facilities by 2025. The solar installation will help implement the Council adopted Strategic Energy Plan, will provide budget certainty, and will help reduce electricity bills at City Hall by offsetting the majority of the building’s electricity usage, saving tax-payer dollars. In addition, the project will significantly reduce the City’s carbon footprint and lay the groundwork for improved energy resilience for City facilities.

The project is anticipated to break ground sometime in December 2021 – January 2022. We encourage our community to learn more about the benefits of renewable energy and why our City is committed to meeting its 2030 goal.