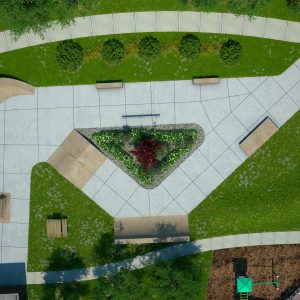 Plans are nearly complete for the Old Town Park in Goleta but the City is awaiting decision from the State in order to begin construction.

In 2011, legislation was passed that dissolved all Redevelopment Agencies (RDAs) statewide and part of the legislation mandated that RDAs dispose of any property they owned. Since the park site was previously owned by the City’s Redevelopment Agency (RDA) and although the City has contributed more than half of the funds to purchase the park site, the site has to be disposed of.

The City of Goleta does not want to lose this asset and has proposed to re-purchase the site at the cost contributed by the former RDA which was about $1.2 million. Other local agencies which have a stake in the resolution have agreed to the proposal but State must approve the sale prior to beginning any construction.

The City cannot move forward with construction until it is able to re-acquire the site and there is no timeframe for when the State will make a determination. As the City waits for a decision it will continue to move forward as much as possible. The plans are nearly complete and the City has received the final design of the skate plaza portion of the park.  The skate plaza design is based on a great deal of public feedback received from a live webinar held previously this year.

For more information on the project and to sign up for updates, please visit Project Goleta.