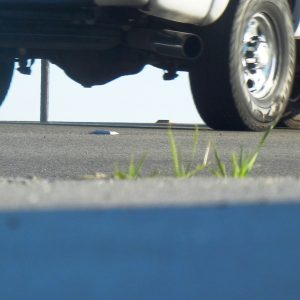 While there are many projects going on within the City of Goleta, these four projects are worth highlighting as the work may impact the routes you take on a daily basis.

The Los Carneros Overhead Bridge, the bridge that goes over Union Pacific Railroad, will be replaced. It will take approximately 18 months to complete and the project is expected to start this spring. Construction will be staged so that at least one lane is open in each direction.

Culvert replacements may not sound like something that will impact your commute, but this project will have an impact on Calle Real, the Los Carneros Interchange, the Fairview on and off-ramps and Hollister Avenue (when the Fairview ramps are closed).

First, let’s fully understand project. Two culverts go under Calle Real, Highway 101 and the Union Pacific Railroad tracks. One is for San Pedro Creek and the other is for Las Vegas Creek. The existing culverts do not adequately handle the volume of water running through these creeks during winter storms—thus the flooding in the Carlo Drive/Calle Real area. These culverts will be replaced with larger volume bridge structures that will increase the capacity to handle a 25-year storm event. (They are currently designed to handle a 10-year storm event.)

Caltrans is leading the project and will be doing the work under Calle Real and Highway 101. As part of the project, Santa Barbara County Flood Control will be replacing the bridges that carry the railroad tracks over these creeks as well. The project is tentatively scheduled for 2014. However, because of the impacts, it is important to notify the community that it is upcoming.

This project will extend Ekwill Street and Fowler Road across Old Town Goleta from Kellogg Avenue to Fairview Avenue. The new streets will make it easier to get across Old Town without having to use Hollister Avenue and will improve access to the airport. In addition, the project will create roundabouts at the Hollister Avenue and Route 217 ramp intersections as well as at Fairview and Fowler Roads and Ekwill Road and Pine Avenue. The project is in final design now, and work is expected to begin in early 2014.

The Hollister Avenue Bridge which crosses over San Jose Creek has been found to be structurally deficient and needs to be replaced. Once the Creek Project is completed, work will begin on replacing this bridge. When the project is underway, lane closures on Hollister Avenue will be in effect. However, at least one lane will stay open in each direction. This project is expected to begin in early 2014 and last for 12-18 months. The City is working with the other involved agencies to stagger these projects to minimize the impacts.

For more information on all of our Capital Improvement Projects, visit http://cityofgoleta.org/projects-programs.