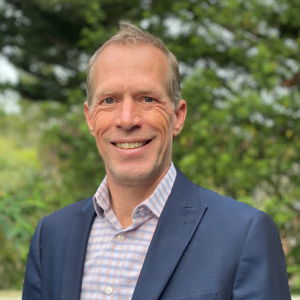 The City of Goleta is pleased to announce that after a three-month-long national recruitment and competitive interview process, Robert Nisbet has been selected as Goleta’s new City Manager. Mr. Nisbet is currently the City Manager for the City of Half Moon Bay in Northern California and a familiar face to Santa Barbara County. Mr. Nisbet’s employment agreement was approved at the July 19, 2022, regular City Council meeting. Mr. Nisbet will begin his new role at the City of Goleta on September 1, 2022.

Mr. Nisbet brings more than 28 years of professional management experience to his new role, including four years as the City Manager of Half Moon Bay, six previous years as Assistant General Manager for the East Bay Regional Park District, twelve years with the Santa Barbara County General Services Department (including seven years as the Department Director), and seven years as the Public Works Director for the City of Carpinteria. He has a B.S. in Construction Management from Washington State University and an M.A. in Economics from U.C. Santa Barbara, with an emphasis in Public Finance and Urban Economics.

City of Goleta Mayor Paula Perotte said, “The selection of a new City Manager is incredibly important as this position essentially oversees all City staff and operations. The members of the City Council feel that Mr. Nisbet is an excellent choice to serve as our next City Manager and he is well-suited for this role. His experience combined with his knowledge of our area, makes him well-qualified to keep our wonderful city moving in a positive direction.”

Mr. Nisbet said, “I am thrilled to have been selected as the new City Manager for the City of Goleta. I know first-hand how special of a place Goleta is and I am honored to have the opportunity to serve the Good Land.”

Mr. Nisbet will replace veteran City Manager Michelle Greene who will be retiring after 18 distinguished years of service with the City, the past eight as the City Manager. Ms. Greene’s last official day as City Manager will be on August 31, 2022, after which she will be available to advise the new City Manager for the next several months, as needed, under the terms of her previously approved separation agreement.