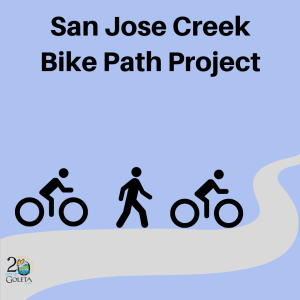 The purpose of the project is to complete two important path segments for a continuous safe link in the regional active transportation network from Calle Real to the Atascadero Creek Trail (Obern Trail/Coast Route). The project would construct a Class I bikeway (path) to close the 2.5- mile gap between the County (Cathedral Oaks Road) and Goleta Crosstown Route in the north and the County’s Obern Trail/Coast Route in the south. The path would connect the Calle Real commercial and residential areas on the north side of US 101 to commercial and residential areas within the Goleta Old Town area to the University of California, Santa Barbara (UCSB) and the Coast Route. Four significant barriers to north-south regional connectivity would be removed by crossing under US 101 and Union Pacific Railroad (UPRR) bridges, crossing over San Jose Creek and crossing under SR 217 on the south end.

The project begins on Calle Real extending south along the west side of San Jose Creek to Armitos Avenue, then continues south from Ekwill Street (south of Hollister Avenue) along SR 217 to the Coast Route/Goleta Beach The two segments of the path total nearly one and a half miles in length.

The Northern Segment begins on Calle Real near the south end of North Kellogg Avenue. Heading east, then south, the path goes under US 101 and the railroad bridge over San Jose Creek along the west bank. Bicyclists and pedestrians can then travel west through Jonny D. Wallis Park to access South Kellogg Avenue to connect to the beginning of the Southern Segment just north of Kellogg Way (new Ekwill Street).

The Southern Segment is approximately 1 mile long. The Southern Segment would extend from the bicycle facilities on South Kellogg Avenue, continue between the southern/eastern bank of San Jose Creek, outside the top of bank and the active channel of San Jose Creek, and the SR 217 southbound shoulder, and ultimately connect to the existing Class I Atascadero Creek Bikeway (Obern Trail/Coast Route). The project would cross over the San Jose Creek channel on the north end and would cross under SR 217 on the south end (southern terminus).

The path is typically 8 to 14 feet wide, with 2-foot wide shoulders and typical design speed of 20 mph. The Southern Segment includes a concrete barrier 2 feet in width to separate the path from SR 217 traffic. A 14-foot wide by 8-foot high by 144-foot long box culvert with solar lighting would likely be utilized to provide access under SR 217 at the southern terminus of the project.

The project will require coordination with many agencies including Caltrans, Union Pacific Railroad (UPRR), County of Santa Barbara, and permitting agencies such as the California Coastal Commission to name a few.

A Draft Initial Study with a Mitigated Negative Declaration (IS/MND) for California Environmental Quality Act (CEQA) which identifies and discusses potential impacts, mitigation measures, monitoring requirements, and residual impacts for identified environmental issue areas was put out for public circulation with the public comment period closing on August 1, 2022. After addressing public comments on the draft document, Public Works plans to bring the final IS/MND to City Council for approval at the September 20, 2022, meeting. The agenda will be available in advance of the meeting at www.CityofGoleta.org/GoletaMeetings.

The project will be partially funded through a grant received from the Active Transportation Program (ATP). As the project moves forward to the design phase there will be additional opportunities for public comment. 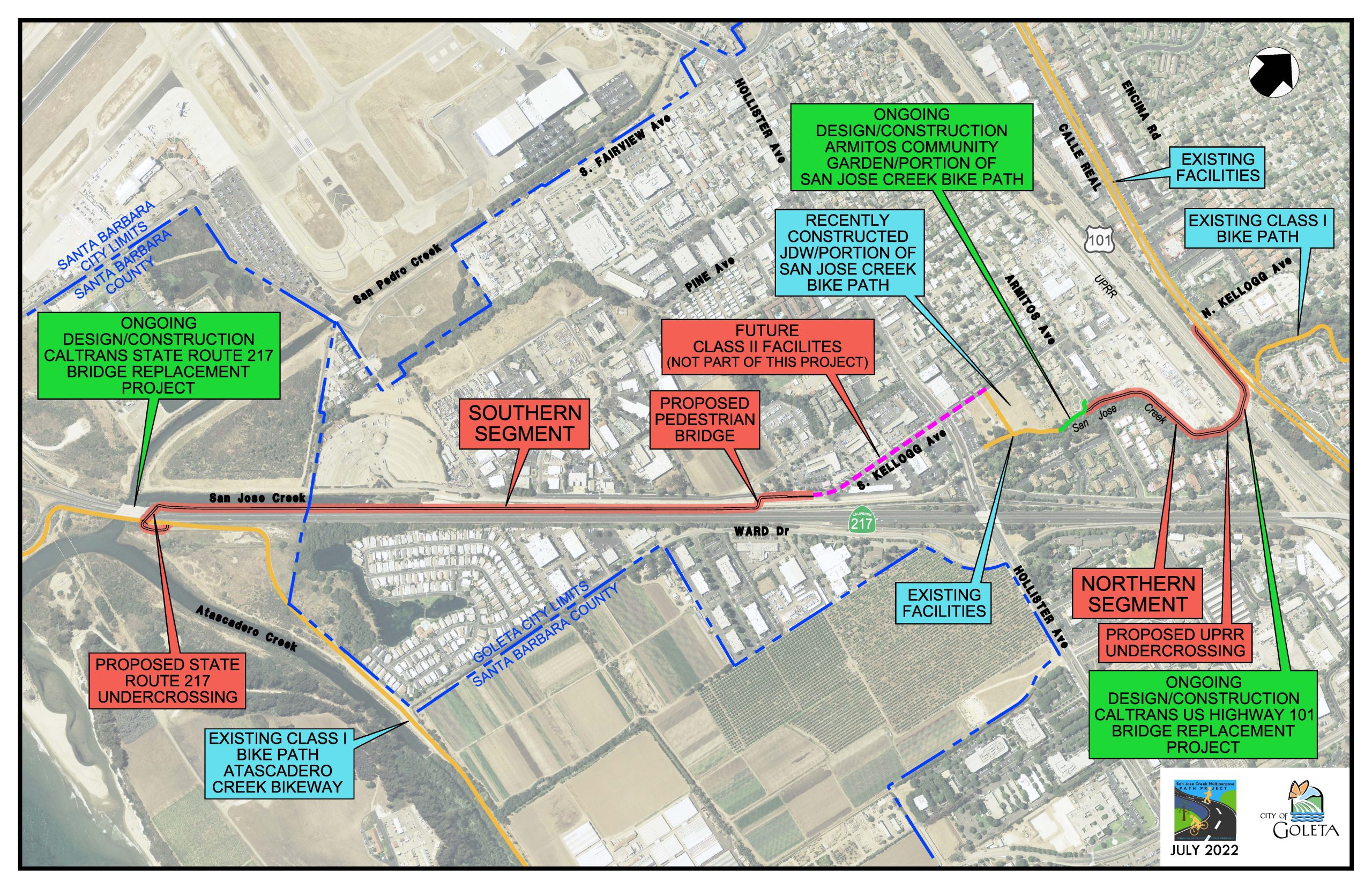