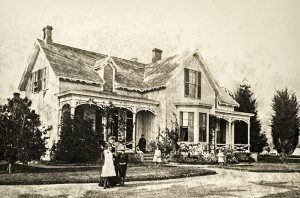 After more than five years of planning, meetings and workshops, the City of Goleta finally has its Historic Preservation and Archaeological and Tribal Cultural Regulations and its first Historic Resources Inventory (HRI) and Goleta Landmark Designated Sites and Structures. The Goleta City Council unanimously approved the HPO following a public hearing at the April 5, 2022, City Council meeting; its first in-person/virtual hybrid meeting since July of 2021. The decision to approve the Historic Preservation and Archaeological and Tribal Cultural Ordinance is an important milestone for the City celebrating its 20th year.

City of Goleta Mayor Paula Perotte said, “In adopting this ordinance, we are celebrating and recognizing Goleta’s history and prehistory, some of the things that make our city so special. We are very excited to get these protections in place!”

City of Goleta Planning and Environmental Review Director Peter Imhof said, “A big thank you to all who have been involved in or contributed to the process of developing this ordinance over the last several years. The adoption of this ordinance recognizes Goleta’s important historical and cultural resources, their unique contribution to the identity of the city and the importance of protecting them.”

Current Planning Manager Lisa Prasse added, “I am very grateful to all of the community members and the Chumash Tribal community members who gave of their time, talents, insights, and stories to shape the regulations. The newly adopted Regulations and the HRI reflect the values of the community and the importance of preservation of both historical structures, sites, objects and precious Archaeological and Tribal Cultural resources; the latter which have often been overlooked and disregarded. Working on this project for the last six years has been one of the highlights in my career.”

The goal of the Historic Preservation Ordinance is to preserve and protect resources that, once lost, cannot be replaced or replicated. Late last year (November 8, 2021), the Planning Commission reviewed the Historic Preservation Ordinance and the designation Resolution and recommended adoption of both the Ordinance and the Resolution. In recommending adoption, the Planning Commission sought to balance the need to protect sensitive, buried archaeological and cultural resources with the burden on property owners. It considered this issue carefully with input from a range of stakeholders, including Goleta residents, archaeologists and historians, and Chumash Tribal representatives.

The Resolution adopts the Historic Context Statement and designates seven (7) structures as Goleta Landmarks and place a total of 29 structures (including the 7 proposed to be Goleta Landmarks) on the inaugural Historic Resources Inventory (HRI). It is expected that the HRI will be expanded over time.

The Historic Preservation Ordinance includes regulations that may affect some property owners, especially property owners of designated Historic Resources. The regulations regarding Archaeological and/or Tribal Cultural Resources could potentially affect any property owners who are contemplating work involving earth-disturbing activities (i.e., trenching for utilities, digging for new foundations, etc.). The goal of the proposed regulations is to foster preservation while allowing development to occur.

To learn more about this project please visit www.HistoricGoleta.org.