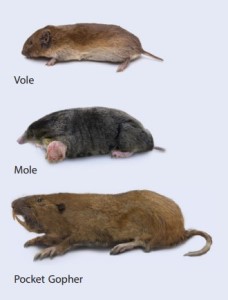 Learn how to control moles, voles, and gophers with these tips from the City of Goleta Environmental Services Division.

Moles, voles, and gophers are small, mouse-like animals that are found outdoors in your backyard. These mammals look similar, live underground, and move quickly, so it can be difficult to distinguish them. One way to know if you have moles, voles, or gophers is to look at the soil mounds or holes in your backyard.

Do You Have Moles, Voles or Gophers?

What Can You Do?

Different methods can be used to remove moles, voles, and gophers such as creating barriers or using traps. The most effective and less toxic method to control moles, voles, and gophers is to create barriers. To prevent these animals temporarily, purchase castor oil-based repellents. It is not recommended to use any poisons, fumigants, or devices that cause fire (incendiary devices). 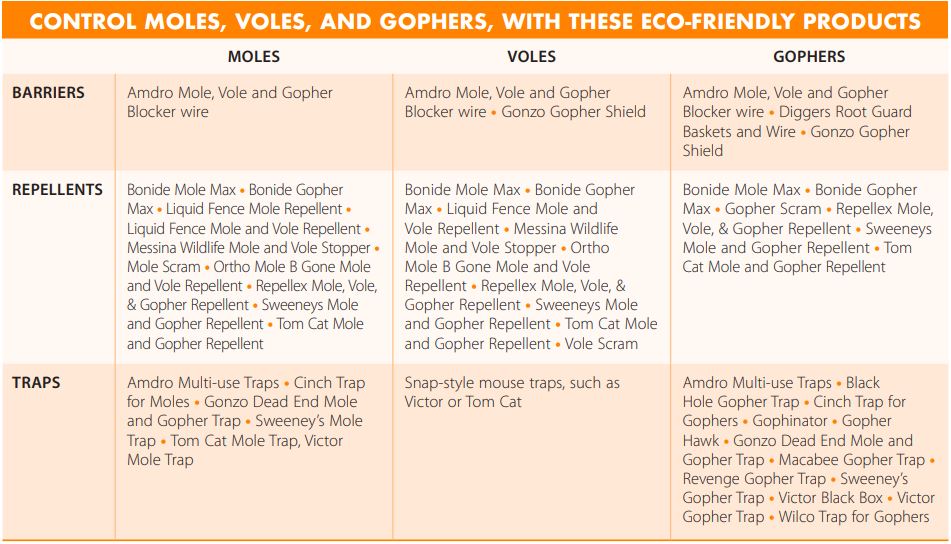 Find more information on controlling moles, voles, and gophers with eco-friendly products in our OWOW brochure.

The City of Goleta along with the Cities of Buellton, Carpinteria, Solvang, Santa Barbara, Santa Maria and the County of Santa Barbara have partnered with the OWOW organization to promote the use of less-toxic products in an effort to reduce pesticide pollution in our communities. By reducing pesticide use and the use of less-toxic products around the home, you can help reduce pesticides and other pollutants such as herbicides and fertilizers from being picked up while watering or when it rains and transported to the nearest storm drain inlet and into our waterways. The OWOW website is a great resource for finding less-toxic products to use around your home or garden.