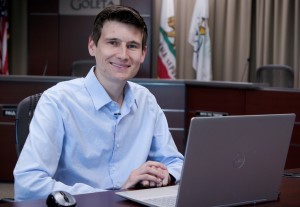 The City of Goleta wants to make it as easy as possible for the public to draw and submit an on-line or paper map with suggested district boundaries as the City moves to district elections for the first time in November of 2022. That’s why the City is pleased to release a How to Draw a Map video tutorial featuring demographer Dr. Daniel Phillips with National Demographics Corporation providing step-by-step instructions on how to draw a map. The City has already received more than 15 maps so far and is hoping the video will increase public participation by making the process simple and less intimidating. All you need to do is go to your computer, go to DrawGoleta.org, and play the video in English or Spanish.

Final 2020 Census data won’t be released until sometime in September, but that doesn’t mean the public can’t start using the mapping tools and submitting maps now. Those who submit maps now will be given the opportunity to adjust their map boundaries, if they want, once the final Census numbers are available.

With district elections, the City will be divided into four districts, and voters in each district will elect a City Council member who lives in their own district. The Mayor will continue to be elected by voters across Goleta. The public can help draw district boundaries on-line at DrawGoleta.org or by using paper maps, which are available at City Hall or the Goleta Valley Library during hours of operation. Maps are due by January 6, 2022, to be considered.

For more information go to DrawGoleta.org.