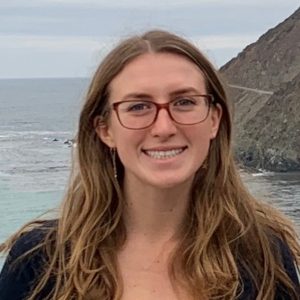 City of Goleta wants to thank our Parks and Recreation’s Student Commissioner Jonika Ronkainen for her service to the City! She served as the Student Commissioner from October 2020 through August 2021, and also graduated from the City’s first LEAD (Learn, Empower, Advocate, Discuss) Goleta Community Academy in July 2019. Jonika is leaving Goleta for Boson as she begins her freshman year at Boston University this fall, where she will be studying Linguistics and Philosophy at the College of Arts and Sciences.

Growing up in Goleta, Jonika spent much of her time in the city’s parks, running around the many playgrounds as a child,playing volleyball with friends, more recently walking her dog and hosting occasional meetings with her book club.

Jonika said about her experience on the Parks and Recreation Commission, “I loved having the opportunity to participate in discussions about the exciting new projects being undertaken in my hometown and investing a bit more time into getting to know Goleta’s shared spaces, the importance of which has been especially highlighted over the past year and a half of isolation.”

JoAnne Plummer, Parks and Recreation Manager, added “Commissioner Ronkainen was a valuable asset to our Commission and will be missed. Many of the points she raised during discussions contributed significantly to the outcome of the decisions made by the Commission. She was always prepared for the meetings and her inquiries and comments were well thought out, insightful, and enthusiastic. While we are sad to see Commissioner Ronkainen leave, we are excited for the next chapter in her life.”

Youth and Student Commission positions at the City are great opportunities to get involved and learn about City government at a young age. We encourage our eligible community members to look for openings when we have them and to apply!