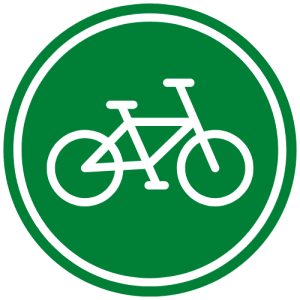 Thank you to the more than 400 people who took our community interest survey on bringing a bike share pilot program to Goleta! Bike share programs are popular in cities throughout California, including our neighbor City of Santa Barbara. The City of Goleta is considering a bike share pilot program that would offer bikes on-demand, providing residents and visitors with quick and easy access to some of Goleta’s most popular destinations. The results from the survey will help the City Council decide if a bike share program is appropriate for our community.

City of Goleta Sustainability Manager Cindy Moore said, “We are very appreciative that so many people took the time to give their feedback. We received a lot of thoughtful responses that will help the City Council to consider the future of bike sharing in our community.”

Over 80% of people who responded to the survey either lived or worked in the City of Goleta. On average, respondents were supportive of bringing a bike share to Goleta, with 66% of people rating their support as either a 4 or a 5 on a scale of 0-5. The most liked benefits of bike share were positive environmental impact, convenience, reduced traffic congestion, fun, and improved health. The most common concerns were street safety, access to bicycles, and cost to use a bicycle. Most people preferred a bike share program that operated regionally with a docked system. The most common places people said they would start and end their bike rides were shopping centers, Old Town, parks and open space, City of Santa Barbara, and Isla Vista. View the full survey results in English and Spanish.

The bike share survey results will be presented to the City Council Energy/Green Issues Standing Committee in September for their consideration and direction regarding next steps.