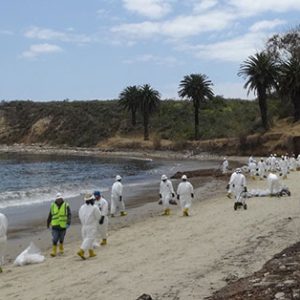 As part of the settlement of the 2015 Refugio Beach Oil Spill, state and federal trustee agencies for natural resources are holding a virtual open house on May 13, 2020 from 1:00 – 3:00 p.m. and again from 6:00 – 8:00 p.m. At the meeting, the trustees will provide information and accept feedback on proposed restoration projects presented in the Draft Damage Assessment and Restoration Plan.

During these virtual public meetings, the draft plan will be outlined, followed by a written question and answer session. Written public comments will also be accepted.

The draft plan describes the injuries to birds, marine mammals, subtidal and shoreline habitats and human use impacts resulting from the Refugio Beach Oil Spill. The plan also identifies restoration projects to restore injured wildlife and habitats, and to compensate the public for lost recreation. The agreed settlement with Plains All-American Pipeline to restore natural resources totaled $22.3 million.

Written comments on the DARP must be postmarked by June 8, 2020, to be considered part of the official record. Comments should be sent by email or letter to:

Each trustee agency has authorization to act on behalf of the public under state and/or federal law to assess and recover natural resource damages and to plan and implement actions to restore, rehabilitate, replace, or acquire the equivalent of the affected natural resources injured as a result of an oil spill.

On May 19, 2015, a pipeline owned and operated by Plains All American Pipeline ruptured releasing approximately 120,000 gallons of oil along the Santa Barbara coastline, 50,000 of which entered the ocean. The incident heavily oiled beaches in the area including Refugio and El Capitan state beaches, injuring wildlife and their habitat and fisheries, in addition to loss of recreation use. Wind and oil currents pushed the oil to Ventura and as far south as Los Angeles County.