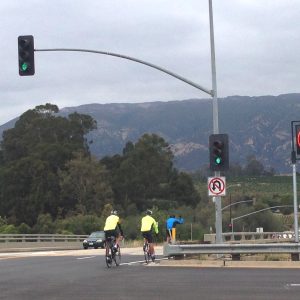 The much anticipated Los Carneros Overhead Bridge Replacement Project is nearing completion after nearly 15 months of construction. In addition to the replacement of the bridge deck, which was much needed because of the materials used to originally construct it, a number of other safety measures were included in the project.

The original bridge was built in the 1960s, and like many other bridges built during this era, it consists of a concrete mix that contains “reactive aggregate”. Reactive aggregate is used to describe a condition when there is an alkali-silica reaction which occurs over time in concrete between the highly alkaline cement and reactive silica which is found in many common aggregates. This reaction results in cracking and loss of strength of the concrete, eventually leading to its failure. This type of material is prone to intense wear and tear from years of use and water intrusion, and thus, must be replaced.

The improved Los Carneros Bridge will not only contribute positively to traffic flow, but was also built specifically with bike and pedestrian features in mind. By summer 2015 when the project fully comes to a close, the bridge will have two through lanes in each direction in addition to an exclusive right turn lane for entering the southbound 101 freeway. 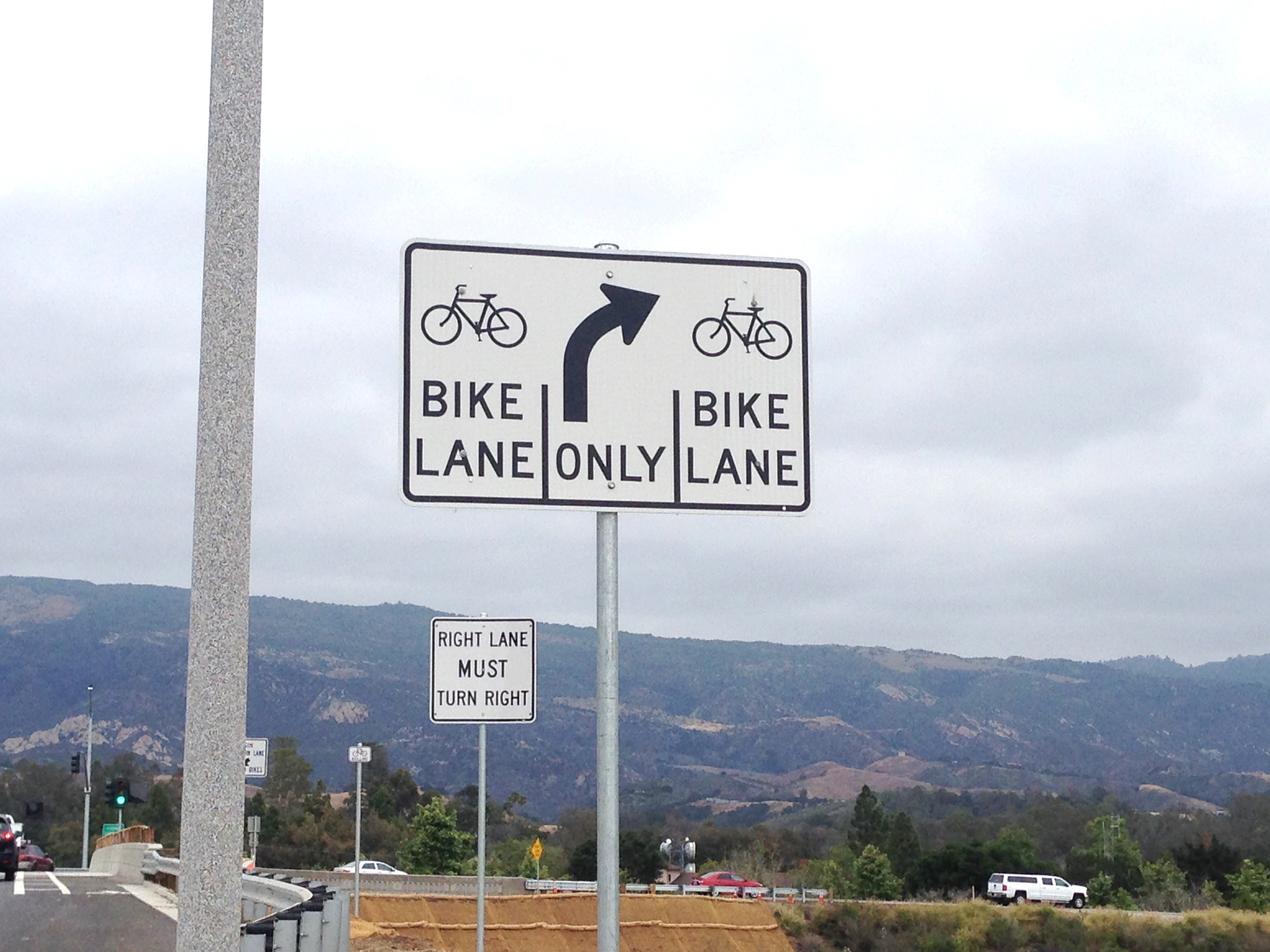 Both bike lanes are equipped with bicycle detectors loops which will alert the traffic signal when a bicycle is present. A bonus safety feature add to the project is that cyclists using the right most bicycle lane can also use the mounted push button that activates an LED sign (activated blankout sign) when they are ready to cross. Once activated, on the next green light, the sign will illuminate indicating “no right turn” allowing the bicyclist to cross the southbound ramp. 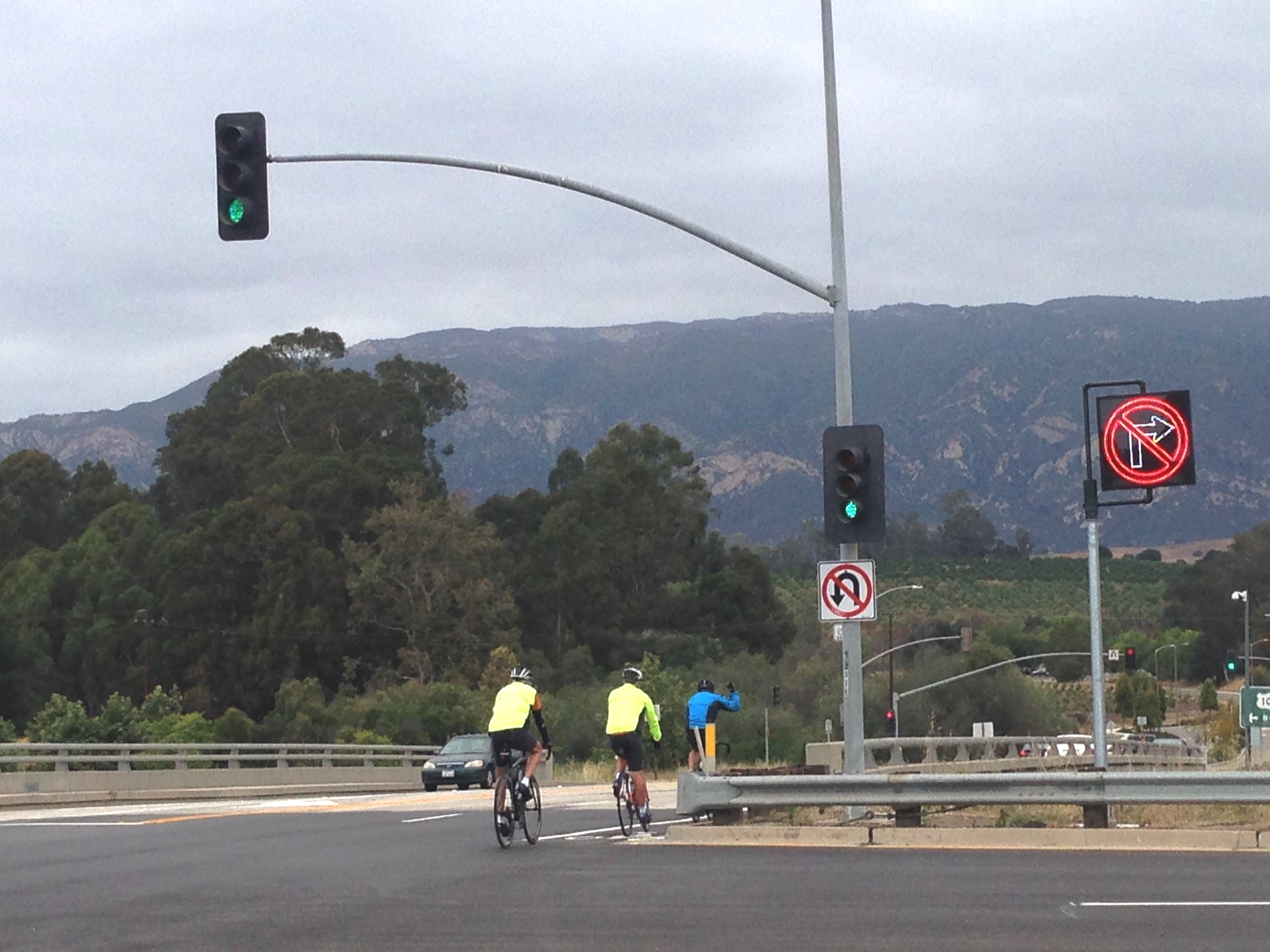 When the “no right turn” sign is lit up, it means drivers cannot turn right to allow for cyclists to proceed ahead safely. 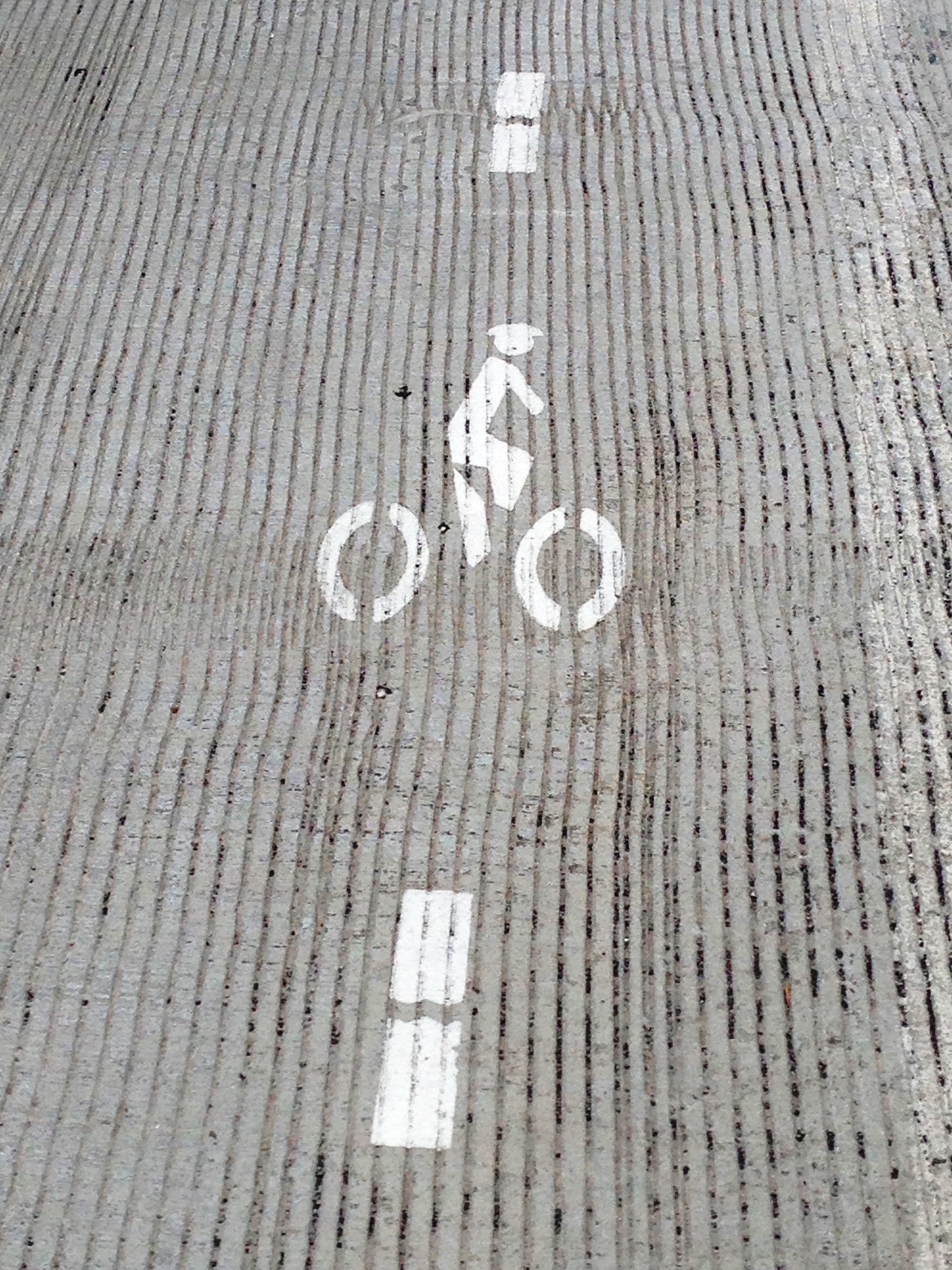 The bicycle loop detector indicates where a bicycle need to ride in order to alert the signal of their presence.

The additional enhancements also include a sidewalk on the west side of the bridge and colorized pavement markings in the bike lane for added visibility and to grab drivers’ attention to the presence of the bike lanes.

With these technologically advanced improvements to the LosCarnerosBridge, cyclists, pedestrians, and drivers alike can be insured of better traffic circulation and an overall much more enjoyable commute.