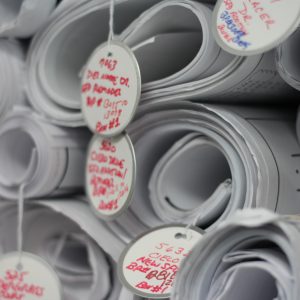 City Staff and the City Council have heard concerns about the development, public improvements and water use within our community and we wanted to share some additional information.

The City has a created a clear road map for making land use decisions which is contained in the General Plan. Our General Plan designs our ideal future Goleta and how to handle requests for development consistent with that ideal in a way that addresses growth, housing, environmental protection, neighborhood compatibility and preservation and transportation. It identifies transportation improvements, new park locations, future housing sites and more.  (A full article on the General Plan can be found here.)

Goleta developed its first General Plan in 2006 to chart Goleta’s future.  Recognizing the requirements the State puts on each community for housing, the City Council, with a great deal of public outreach and input, identified areas for housing of a variety of densities and sizes.  Areas for recreational and commercial use were planned out as well.

When the recession hit, a number of projects were placed on hold as developers attempted to secure funding.  After the economy started to recover, these projects, as well as a number of others, continued through the process and we are now seeing the result of the backlog.  The City’s capital improvement projects (identified in the General Plan), public improvement projects including those paid for by development and to handle the impacts created by development, Caltrans’ infrastructure projects, and projects underway by the City of Santa Barbara, the County of Santa Barbara and UCSB may make it seem like the Goleta Valley is experiencing too much development all at one time.  But the reality is that projects within the City were planned for and identified nearly ten years ago, but because of the economy these projects were delayed until now rather than being completed at a steady rate over the last ten years.  A handful of General Plan amendments have been made in the last five years, but on balance, these projects were planned for in the City’s infancy.

Access to water is a concern for everyone and the City has confidence that Goleta Water District (GWD) has done its job in analyzing the resources and the future needs of our community and is continuing to monitor and implement all restrictions that are necessary.   The only projects brought forward for City approval are those in which GWD has confirmed that the developers have secured water rights.  And while the water is one component, it is not a deciding factor for Planning Commission and City Council approval.  It’s also important to note that the water needs associated with the growth of the City (and identified in the General Plan) were analyzed as part of the General Plan process.

The City Council and City Staff are committed to the 18 distinguishing qualities and characteristics about Goleta are identified in our General Plan. These include statements on the value of open space and ecological resources, scenic vistas, small-town atmosphere, healthy business climate, active recreation and many more!  The challenge is to balance these values with a robust economic environment and State requirements for housing.  But that cannot be done by ignoring state mandated housing requirements which are desperately needed by the workforce component of our community.

Your input is greatly appreciated and we trust you’ll continue to be involved in the shaping of Goleta’s future.

For more information on the water supply, the Goleta Water District included a piece in its Winter 2014 newsletter which can be found here.