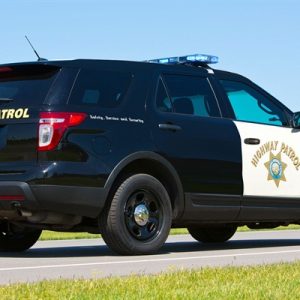 The California Highway Patrol (CHP) is proposing to relocate their operations from their current location on Calle Real to a new facility proposed at 7780 Hollister Avenue. The 5+ acre site is located on the north side of Hollister Avenue between Las Armas and Via Jero Roads. The site is an unused parking lot east of the Hideaways and north of the Bluffs neighborhoods.

The City received the Notice of Preparation (NOP) of an Environmental Impact Report (EIR) for the new CHP office in mid-April, the same week a public meeting was held at Ellwood School.  The NOP was issued by the State of California Department of General Services who is the lead agency for this project.   (Please note the City does not have a role in approving this project.)

The NOP describes the project as the “construction and operation of buildings, and other structures, auto service bays, a 148-foot tall radio antenna tower, secured and visitor parking areas, equipment enclosures and storage areas, a fuel island with gas tanks, an emergency generator, utility improvements and other ancillary improvements”.

Comments on the project can be directed to: State of California, Dept. of General Services, Attn: Jennifer Parson, 707 Third Street, 4th Floor MSS509, West Sacramento, CA 95605 mailto:environmental@dgs.ca.gov.  The deadline for comments has been extended to June 1.

You may also wish to contact your State Representatives as this is a state facility: