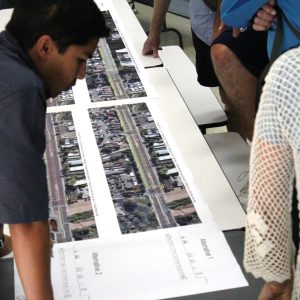 That is one of the discussions the City Council will have in the evening session (6 p.m.) of their meeting on Tuesday, February 3.  The City is looking to add a Class I Bike Path Project on the south side of Hollister Avenue between Pacific Oaks Road to Ellwood Elementary School.  This bike path will be in addition to the existing Class II bike lanes.

This project came about because there are many school children living south of Hollister who would enjoy the benefits of bicycling to school but do not because the existing bike lanes immediately adjacent to traffic lanes are not suited for younger bicyclists.

In 2012, the City received a $107,000 Measure A Alternative Transportation Program (ATP) grant to fund a portion of the preliminary engineering and design costs for the Hollister Class I Bikeway Project.  In September 2014, the City was awarded another ATP grant for $1,644,000 for construction of the project.

Construction of the project is scheduled for summer of 2015.  More information on the project can also be found here.