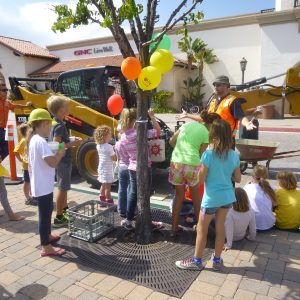 The Los Carneros Overhead Bridge Replacement Project is moving along on schedule and while it’s hard to tell from the overcrossing, a great deal of work has taken place underneath.  The project is expected to take another 12 months.

The Caltrans Las Vegas/San Pedro Creek Culvert Replacement project is ahead of schedule and the northbound Fairview on ramp closed a little earlier than planned.  Caltrans expects it will be closed from 6-9 months while they make these needed improvements.  Caltrans will be doing pile driving near Calle Real and Carlo starting on July 21.  This will take two weeks between the hours of 8 a.m. and 5 p.m.  Questions can be directed to Caltrans Public Information Officer Jim Shivers at 805-549-3237 or Caltrans Resident Engineer Michael Mortensen at 805-692-6759.

It’s that time of year when the City repairs sidewalks and maintains City roads with paving and slurry seal.  The City Council has made a large financial commitment to keeping our roadways in good condition.  While the closures and detours may cause a minor inconvenience, it makes for a better community in the end.  Thanks for your patience while we complete this work. 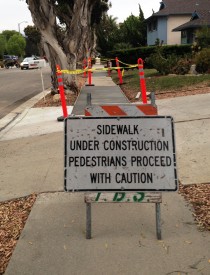 The City of Goleta will be receiving a $203,415 grant from the California Strategic Growth Council for a Bicycle/Pedestrian Master Plan project. The California Strategic Growth Council (SGC) announced $40.2 million in local assistance grants that will lead to more sustainable communities across California. A total of 73 individual awards will go to cities, counties, regional and local agencies, and nonprofit partners. All awards are funded through voter-approved Proposition 84 bond allocations.

Goleta celebrated Public Works Week in May along with many other communities in the nation.  See the attached gallery for some of the fun we had with our residents. 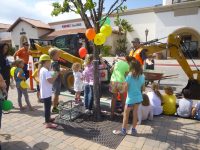 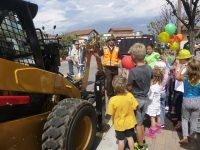 The Los Carneros Roundabout, the 2013 AWPA Project of the Year Award winner, also won an award from Goleta Valley Beautiful.  They said, “Making a circle in one’s car is a visual treat with many flowering plants, graceful trees and the colorful decomposed granite center island sprinkled with drought tolerant shrubs.  This project provides a truly impressive gateway to the Goleta Depot and Rancho La Patera and Stow House.”  We agree! 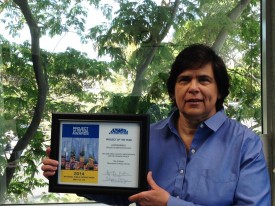