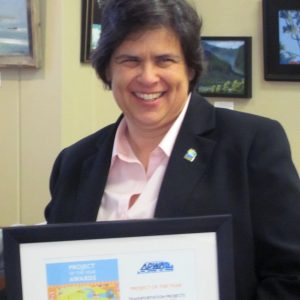 …but the City has won TWO prestigious awards!

The City of Goleta received a ‘Best in Category’ award for the roundabout at Los Carneros and Calle Real from the American Public Works Association, Central Coast of California Chapter. The award was given in the category of Transportation Projects under $5 million. Wallace Group designed the roundabout and Granite Construction built it. It was completed on time and under budget. This is the second award the City has received from APWA. Rosemarie Gaglione was the City’s project manager. 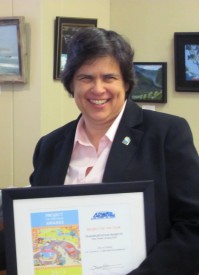 The City also received an ‘Award of Excellence’ from the California Association of Public Information Officers (CAPIO) in the “dollar stretcher” category for its Nextdoor.com program. This award is given by the statewide association to the program that most exemplifies doing more with less. To participate in this free and private online network for neighborhoods, go to www.Nextdoor.com. 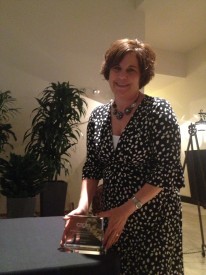