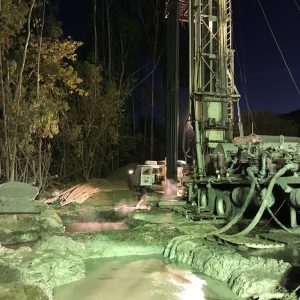 Last October, some residents in the western end of the City of Goleta and the County of Santa Barbara experienced a strong-smelling odor.  Beginning in the early morning of October 9, the Santa Barbara County Fire Department received a number of calls about a strong smell in western Goleta.  By evening, the source had been identified as an agricultural water well drilling in process outside of Goleta city limits. The well, on Ellwood Canyon Drive, is about 1.8 miles from the initial report which came from a resident of The Hideaways.  The drilling had hit a pocket of hydrogen sulfide, H2S, releasing a rotten egg smell into the air. The smell was then carried by the wind into western Goleta.

During the incident, it became apparent that information was not being shared in a timely manner across the multiple agencies and public messaging was not timely, consistent and clear.

As a result of this incident, the agencies jointly developed a plan to better respond to similar situations in the future.  Some planned actions include improving after-hours monitoring, ensuring that other involved agencies receive timely information.  To improve the response for future incidents, OEM has developed a flow chart for reporting H2S odors to ensure that all affected agencies and jurisdictions are notified in a timely manner.  Additional agency improvements include: better communication with the public during and after the incident; updating Venoco’s notification requirements; purchasing additional H2S detection equipment for County Fire and APCD; providing H2S education to well drillers; and considering new requirements for water well applicants. The Santa Barbara County Department of Environmental Health is also taking a closer look at its permit process to strengthen it to protect the community.

Due to the drought, agriculture users in the area are increasingly relying on private well water for irrigation and need to drill deeper than in the past. This makes them more likely to encounter groundwater containing sulfur compounds such as H2S.

For more information, click here to read the City of Goleta Staff Report that includes the after action report. You can also watch the City Council session from January 17 here.  To be sure you are kept apprised of emergency situations in the City, text GOLETA EMERGENCY to 468311 or register here: http://tinyurl.com/goletasubscriptions.