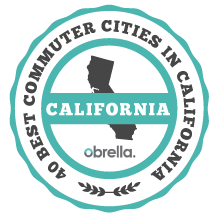 Once again Goleta is being called a great place to live, work, and play. According to a study conducted by Obrella, Goleta has been ranked the 12th best commuter city in California. In order to establish a ranking, data was compiled to track the average commute times of drivers around California. Goleta ranked in the Top 40 with an average commute time of 18.2 minutes.  There are many factors that play into judging the best and worst commuter cities in California. Roughly 74.8% of Goleta drivers make the trek to work alone with another 11.6% who carpool. Alternatively 2.7% utilize mass transportation while about 5.3% of individuals work from home. 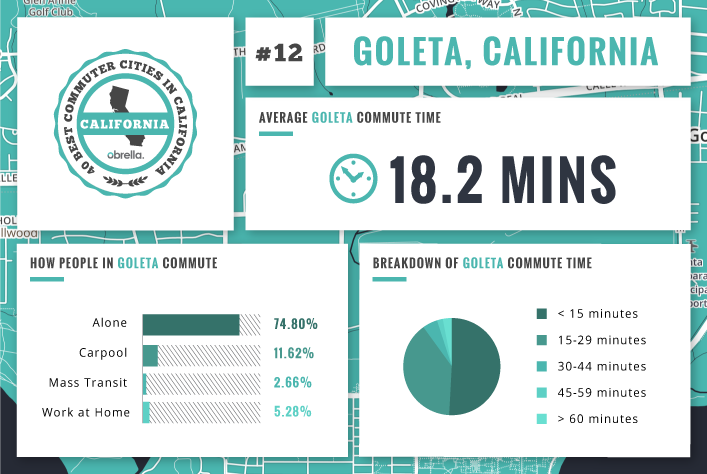 So why is this information important? Long commutes not only cause long headaches, they account for lost productivity, back problems, and a decreased quality of life.

Some of the cities that made the list of the worst commuter cities according to Obrella are Lake Los Angeles, Brentwood, Palmdale, and Malibu. All of these cities have an average commute of more than 40 minutes or double the Goleta average.

View the report and rankings: http://www.obrella.com/news/2015/best-worst-commuter-cities-california/.