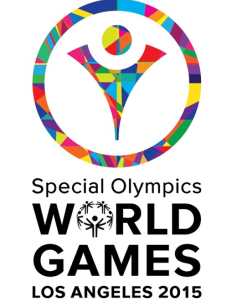 The City of Goleta has been officially selected to participate in the Special Olympics World Games Host Town program from July 21 – 24, 2015. Before the Special Olympics World Games begin on July 25, 2015, more than 7,000 athletes from 177 countries will be welcomed to Southern California through the Host Town program. One hundred communities from San Luis Obispo to San Diego will have the honor of being selected as an official Host Town.

“We are thrilled to see so many communities eager to participate in this integral component of the World Games,” said Patrick McClenahan, president and chief executive officer of LA2015, the Games Organizing Committee. “The Host Town program will not only create lasting memories for these athletes and coaches from around the world, but leave a lasting legacy for the communities who are opening their doors, hearts and minds to host these inspiring athletes.”

As a Host Town, the City of Goleta will have the opportunity to provide activities and incorporate the community in welcoming athletes.

“We are excited to be able to participate in the games and meet these inspiring athletes,” said Goleta Mayor Paula Perotte.  “It’s a great opportunity to treat athletes from around the world to our slice of heaven.”

About Special Olympics
Special Olympics is a global movement that unleashes the human spirit through the transformative power and joy of sports, every day around the world. We empower people with intellectual disabilities to become accepted and valued members of their communities, which leads to a more respectful and inclusive society for all. Using sports as the catalyst and programming around health and education, Special Olympics is fighting inactivity, injustice and intolerance. Founded in 1968 by Eunice Kennedy Shriver, the Special Olympics movement has grown to more than 4.4 million athletes in 170 countries. With the support of more than 1.3 million coaches and volunteers, Special Olympics delivers 32 Olympic-type sports and more than 81,000 games and competitions throughout the year.