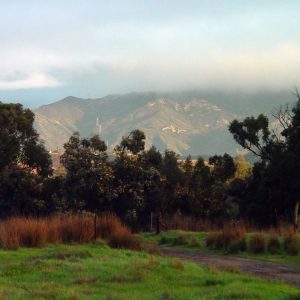 As a result of a tree health assessment performed as part of the Monarch Butterfly Habitat Management Plan, the City recently learned that a significant number of trees in the Ellwood Mesa are dead or dying. Many of the dead and dying eucalyptus trees in the forest were severely impacted by the drought which increased their vulnerability to pests. In an abundance of caution, and at the advice of the City’s insurer, some trails on the Ellwood Mesa will be temporarily closed due to the potential for falling trees. The City will need to remove several hundred dead or dying trees and trim others to protect the safety of the public as well as that of the healthy trees. This information was presented to the City Council on Tuesday, July 18. View the project webpage for presentation documents.

The public is invited to a community meeting next Wednesday, July 26, from 5:30-7:00 p.m. in City Council Chambers, to hear a presentation on the health of the butterfly habitat and surrounding trees, as well as the next steps in addressing the tree health and public safety issues.

A trail closure plan is being finalized and will be released as soon as it is available.  Please observe all signs and closures as they are in place for your protection.

Here’s some background on the situation:

Millions of trees in forests throughout the state have succumbed during the drought. A 2016 survey found that 62.5 million trees had died statewide with approximately 260,000 dead trees in the Los Padres National Forest alone (USDA).

In addition, most of the eucalyptus trees on the Ellwood Mesa have reached or surpassed their average life expectancy of 100 years. As trees age, they become more brittle which results in them becoming more susceptible to damage from insects and fungus.  As the trees on Ellwood Mesa have become stressed by drought, record high temperatures, and age, they have become more vulnerable to insects like the tortoise beetle and the eucalyptus longhorned borer.

Ellwood Mesa eucalyptus groves are protected under the City’s General Plan as Environmentally Sensitive Habitat (ESHA). The General Plan defines ESHA in Policy CE 1 as areas that are valued for their special nature or role in an ecosystem and that could be easily disturbed or degraded by human activities and developments. Activities in ESHA, including Ellwood’s eucalyptus groves, are highly restricted in support of the natural processes that the habitat has adapted to. Policies are in place to protect ESHA from human impacts. Policies are NOT in place to address natural processes such a heavy rainfall events, droughts, high temperatures, fire, or large wave events. While habitat restoration is allowed, human assistance is restricted the minimum necessary to stabilize recovery at which time, any watering, weeding, or re-planting is discontinued.

Watering the eucalyptus groves on Ellwood Mesa due to extended drought, for example, would be considered human intervention to a natural process, would not be considered restoration, and would be disallowed under the General Plan and the Coastal Act. In an ornamental planting situation, such as the redwood grove at Stow Grove, ongoing watering is allowed because Stow Grove is a manicured public park. Redwoods are not native to Goleta and were planted as ornamental trees for the benefit of the public and opportunistic wildlife species.

Most eucalyptus groves in Goleta are protected as ESHA and is the only non-native habitat type to receive this special status. The reason that this non-native habitat is protected is because they support monarch butterflies. It is important to note that Ellwood Cooper imported eucalyptus to Ellwood Mesa in the late 1800s and early 1900s.  Typically, ornamental planting are maintained and manicured because they have not had the opportunity to adapt to the local environment. Despite the lack of ornamental tree management activity, Ellwood Mesa eucalyptus thrived with many of the originally planted trees still in place today.

Throughout the State butterfly habitats are showing significant signs of stress due to the extended drought and the rise in average temperature. The butterfly habitat on the Ellwood Mesa is no different. The stress on the habitat is one of the reasons Goleta’s butterfly population has declined in the last few years, not just at Ellwood, but throughout the County and State.  As the trees are dying, the protective leaf cover which protects them from the wind and predators has diminished.  Thus, the habitat is not as attractive to the butterflies and they are going elsewhere to overwinter.

In the long-term, the City will develop a restoration plan for the Ellwood Mesa as part of the Monarch Butterfly Habitat Management Plan that will restore and protect habitat for a future population of butterflies. The Plan will likely utilize restoration phases, rather than an “all at once” approach. The types of habitats that might be restored will be identified and presented to the public for input. Options will be presented with the overall goal of restoring eucalyptus habitat at key butterfly aggregation sites. Where eucalyptus may be replanted, an ongoing maintenance plan will be identified. Where native habitat restoration is identified, short term maintenance will be proposed. The details about the how, when, where, and why of restoration will unfold with public and other agency input. The General Plan will be used as the overarching planning tool for the development of the Plan.