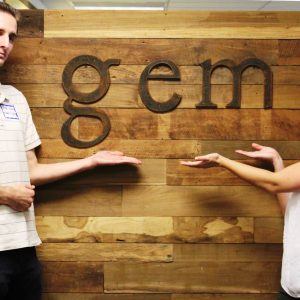 The City of Goleta will be recognized by the California Association for Local Economic Development (CALED) on April 22 at the 2015 CALED Annual Conference in Riverside, CA, with an Award of Merit in the Economic Development Programs category for its role in the Goleta Entrepreneurial Magnet (GEM).

The Economic Development Partnerships category honors development projects between public and private sector that exemplify the spirit of partnership during 2014. Some examples from previous years include office/retail complex projects and downtown improvement projects.

The Goleta Entrepreneurial Magnet (GEM) is a 501(c)3 non-profit collaboration between the City of Goleta, the Goleta Valley Chamber of Commerce (GVCC) and a world-class research university, the University of California, Santa Barbara (UCSB).  GEM’s mission is to strengthen the local economy by supporting new and growing science and technology entrepreneurs.

The City was recognized with this award for GEM’s potential to impact employment, expansion of local tax base & diversification of the area’s economy as well as its innovation/creativity and ability to be replicated in other communities.

More information about the CALED Awards of Excellence, including a list of this year’s Award Winners, can be found at http://www.caled.org/awards-of-excellence/.