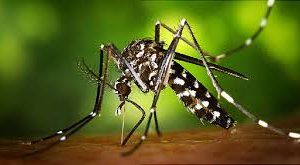 With summer approaching, mosquito season is beginning and the Santa Barbara County Public Health Department (SBCPHD) wants to remind everyone to take precautions from disease and infections spread by mosquitos, such as the Zika virus.

The Zika virus primarily spreads through bites from infected mosquitos. The type of mosquito carrying the virus has not been found in Santa Barbara County.  Of the 5,200 cases of the disease that have been reported in the US between January 1, 2015, and April 12, 2017, most (94%) were in travelers returning from affected areas. As of April 14, 2017, 533 confirmed infections, all travel-related, have been found in California, including several in Santa Barbara County. Although there is currently no risk of contracting the disease from infected mosquitos in Santa Barbara County, the SBCHD reminds everyone to remain cautious and protect yourself from mosquito bites.

Many infected persons will not show any symptoms, or only mild symptoms, such as fever, rash, headache, joint pain, eye redness, and muscle aches. There is no specific treatment available, and symptoms resolve on their own in a few days to a week. The greatest concern is for unborn babies when the mother is infected during pregnancy.

To learn more about the Zika virus and how to protect yourself, go to http://cosb.countyofsb.org/zika_Virus/.