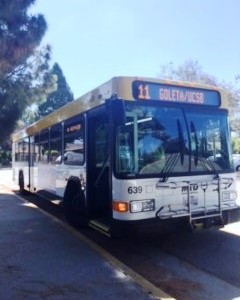 Santa Barbara Metropolitan Transit District (MTD) has made changes to better serve bus riders in the community. The MTD Board of Directors approved changes to bus routes and schedules for existing Lines 6, 7, 8, 9, 11, 20, 23, & 25. In addition, UCSB has funded a new Line, 28, which will serve UCSB, Isla Vista, and the Camino Real Marketplace. Changes will take effect later this month on August 22nd.

Below is a summary of changes. Detailed information about these changes will be available on the MTD website and at the Transit Center by early August. MTD staff will also be at the Hollister/Storke bus stops during the initial days of the new service to answer questions.