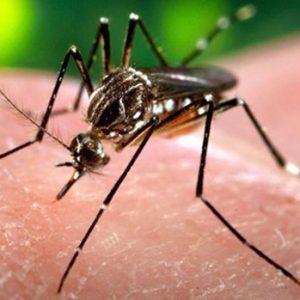 Zika virus has received a great deal of news coverage in recent weeks due to its being suspected of causing microcephaly (undersized head and brain) in newborn infants in Central and South America.  Zika virus, along with other diseases such as dengue virus, chikungunya virus, and yellow fever, is carried and transmitted by certain tropical mosquito species including the yellow fever mosquito (Aedes aegypti) and the Asian tiger mosquito (Aedes albopictus).  There is no vaccine or specific treatment for these diseases.

Unfortunately, both mosquito species are becoming established in California.   Neither has been found in Santa Barbara County as yet, but they could arrive here at any time.  To date they have been found in parts of 12 California counties, the nearest being Kern and Los Angeles counties.  Eradication efforts have been unsuccessful and long term control techniques are being implemented.  Travelers occasionally return from other countries infected with diseases acquired during their travels.  This raises the possibility of local transmission of Zika virus and other non-native diseases.

Both mosquito species are small and dark colored with bright white markings.  They also bite during daytime and indoors.  Humans are the preferred food for adult females that are looking for a blood meal.  These mosquitoes will breed in any water standing for 10 days or more, usually around human habitation.  The list of potential breeding sites includes buckets, flower pots, old tires, rain barrels, animal watering troughs, neglected swimming pools, fountains, and hot tubs, etc.  A tiny amount of water as shallow as one-quarter inch is enough for them to breed in.  Larvae have been found in items as small as bottle caps and in the folds of tarps that hold water.  Yellow fever mosquitoes will breed indoors in flower vases, plant pots, or other standing water.  These mosquitoes are transported by humans as eggs attached to containers that hold or used to hold water or as adults hitchhiking in cars and other vehicles.

To protect yourself from mosquitoes:

•           Wear an approved insect repellent on exposed skin when mosquitoes become a problem.

More information is available at the Mosquito and Vector Management District’s website: www.mvmdistrict.org.