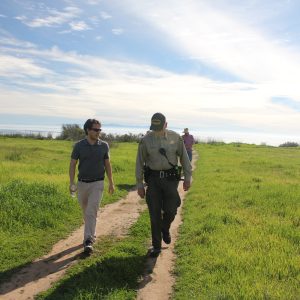 Once again, Goleta has received the honor of being named a safe city to live in California! According to a study conducted by SafeWise, Goleta is number 50 on a list of thesafest cities to live in the state. SafeWise uses recent FBI crime data and takes into account security initiatives and programs to compile this list.

“The City of Goleta has always placed a high priority on public safety and it is rewarding to see our efforts acknowledged once again,” said Mayor Paula Perotte.  “I believe the close connections between law enforcement and the community are a significant contributing factor in creating the safe community we enjoy.  I would also like to recognize the efforts of our Goleta Police Department.  Their dedication and vigilance is commendable.”

This is only one of numerous times that Goleta has been commended for its safety efforts. In 2013, it was ranked as number 95 on a list of the safest cities in the entire United States and number 22 on a list of California safe cities.

Since Goleta’s incorporation in 2002, the City has contracted with the Santa Barbara County Sheriff’s Office for law enforcement services.

To take a closer look at the list, explore http://www.safewise.com/blog/safest-cities-California-2015/.