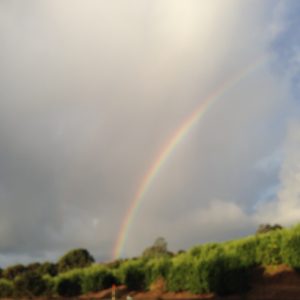 Once again Goleta is being touted as a great place to live.  Our small City placed #79 in the Best 100 Places to Live in the United States. This is the second-annual ranking of the best small to mid-sized cities in the U.S. by Livability, an online resource.

“The rest of the country is finding out what we already know – that Goleta is a great place to live and work,” said Mayor Michael T. Bennett.  “Events like the Lemon Festival and the Dam Dinner, the community feeling, great schools and the beautiful setting make Goleta a true gem.”

According to their site, “As Livability’s editors and writers crisscross the U.S in search of great stories, we find that time and again, the best tales are told in the Main Street diners, corner churches, park benches and even the mayor’s offices of small to mid-sized cities and towns. Far from letting time pass them by, these communities are doubling down on livability for their residents. Our second-annual ranking of the Top 100 Best Places to Live celebrates the work they are doing.”

Liability worked with globally-known partners to analyze the best public and private data sources. They were advised by the leading thinkers, writers and doers in the place-making space.. More than 2,000 cities were ranked, so every city on this list is in the top 5 percent of livable communities in the U.S.