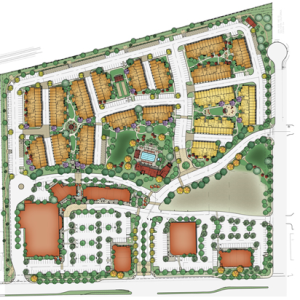 Years in the making, construction of traffic improvement projects in the vicinity of Storke Road and Hollister Avenue are finally underway.  Some of these projects are funded by the City of Goleta through the Goleta Transportation Improvement Program (GTIP) since the projects are part of the City’s General Plan. Others are the result of conditions of approval required for new development in the area. All major private development projects contribute to public infrastructure improvements to mitigate the impacts of the development on existing infrastructure per the General Plan.

Over the next two years there will be significant changes to this area’s traffic circulation, improvements that should improve the existing conditions.  Let’s look at these projects individually.

This work is expected to take about 14 weeks and will include occasional night work for slurry seal and paving.  Construction is expected to conclude in November.

Storke Road improvements will include:
• Widening and restriping of Storke Road to provide a third northbound through lane from Hollister
Avenue to the U.S. 101 southbound onramp. (image 4)