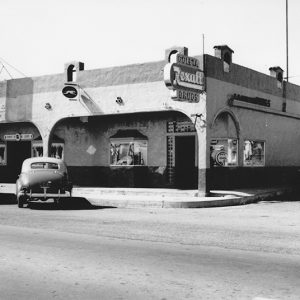 A number of initiatives and projects with an Old Town focus are in the works. Have you noticed?… Over the summer, the City’s contractor, Granite Construction, repaved Hollister Avenue between Fairview and Kinman Avenues. The City has heard many comments of appreciation for this much–needed upgrade.

OWNERSHIP OF THE GVCC The City took over ownership of the Goleta Valley Community Center (GVCC) earlier this year and performed a comprehensive seismic and ADA study of the property. A feasibility study has also been initiated for the GVCC and will occur over the next several months. The study will include: review of existing facilities; sizing of a suitable City Hall building on the existing site; an analysis of reuse opportunities; identification of site constraints; cost estimates for building construction and public improvements; and a conceptual design for a future City Hall and/or other civic and recreational uses. In addition, the study will also evaluate the acquisition of the adjacent maintenance and bus yard owned by the Goleta School District. 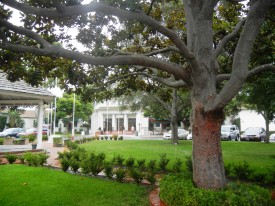 HOLLISTER AVENUE The Council met in August to learn about possible redesigns for Hollister Avenue between Kellogg and Fairview Avenues. Several alternatives were presented:

• Four-lane option with reduced parking on the south side

Many people attended the meeting and voiced support and opposition to various elements of these plans. The Council asked staff to return with more information about the timelines and cost of the alternatives. Look for this item in the coming months to be on the City Council agenda.

SAN JOSE CREEK PROJECT The City’s contractor is hoping to have the San Jose Creek Project completed by the end of the year as work inside the creek will have to wrap up in October per environmental regulations. The completion of this project is expected to take over 200 parcels out of the flood plain (pending FEMA’s approval after phase two is completed). Additional work outside of the creek will include sidewalk improvements and landscaping.

SAFETY AT CROSSWALKS Public Works is in the process of designing an improvement to the crosswalk near the Wendy’s restaurant. This technology, called the HAWK system, is similar to a pedestrian activated signal but may be more appropriate for mid-block situations like this one. Design work is currently being completed with the goal of installing it by the end of the year. 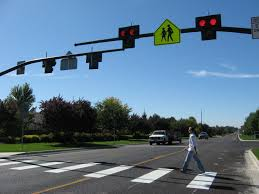 MOVING FORWARD AFTER RDA Finally, construction drawings are in process for the Old Town Park. The City continues to work to clarify some ownership issues that have resulted from the loss of the redevelopment agency (RDA). Over $930,000 in grant money has been received for the project and the City hopes to break ground in 2014.

GET UPDATES! The City has established an Old Town Update email list and encourages you to sign up. This is part of our goal to better educate and inform the public. To sign up, visit our website.